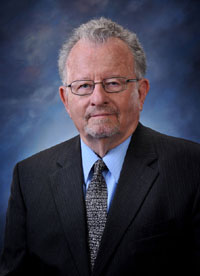 Never have I been convinced that our nation launched a revolution in 1776. When we think of the French or Russian Revolutions, we remember that kings and tsars had their heads chopped off and a whole new system took overreal revolutions! In 1776, Englands settler colonists, in what would become the USA, declared their independence, fought for it, and won. The Declaration of Independence, the Constitution and many supporting documents initiated an evolution that would offer more rights progressively to non-landowners, women, slaves, indigenous people and immigrants.

Frederick Douglas, Sojourner Truth, Harriet Tubman, W.E.B. Dubois and many other black citizens of the USA rightfully asked at this time of year how they should celebrate the Fourth of July. The first act that was a cause for them to truly celebrate was the Emancipation Proclamation (January 1, 1863) which legally freed slaves and set in motion a slow evolutionary process that is still evolving today.

Several constitutional amendments and civil rights acts of Congress have played a key role in our USAs Evolution; but for those at the bottom of the ladder– economically and politically–the progress is not fast enough. The most recent positive step is the recognition of June 19th by Congress as a federal holidaya day long celebrated (beginning in Texas) by our Black citizensthe day in 1865 that slaves in Texas belatedly learned of the Emancipation Proclamation.

Federal holidays honoring black US citizens are a key part of our USAs Evolution with regard to how all of our citizens celebrate themspecifically Martin Luther King, Jr. Day on the third Monday of January, and now June 19th (Juneteenth).

When Dr. Kings birthday became a federal holiday, many supporters in the white community asked their black colleagues how they could help in celebrating your holiday. Today, most US citizens accept Dr. King as ours. The same may soon be true of Juneteenth, which, in much of todays media, still represents their liberation day.

We are all more liberated when we accept that we are all involved in our USA’s evolution toward a “more perfect union.”

We are all more realistic if we accept that it may never be perfect; but the struggle to approach perfection should keep us evolving and working together in this preferred direction.

With Juneteenth and July 4 only a score of days apart, these two weeks could become an annual moment for all our citizens to reflect on what is common and different when comparing freedom from slavery and freedom from colonialism. A good start would be to reflect on what Dr. Samuel Johnson (1709-1784)* asked in England with regard to the rebels in what would become the USA: Why do we hear the loudest yelps for liberty from the master drivers of Negroes?

The remains of Dr. Johnson are in Westminster Abbey. Dr. Kings statue was also placed there in 1998 above the western entrance.

*Samuel Johnson is best known for publishing the first dictionary in English: A Dictionary of the English Language (1755).