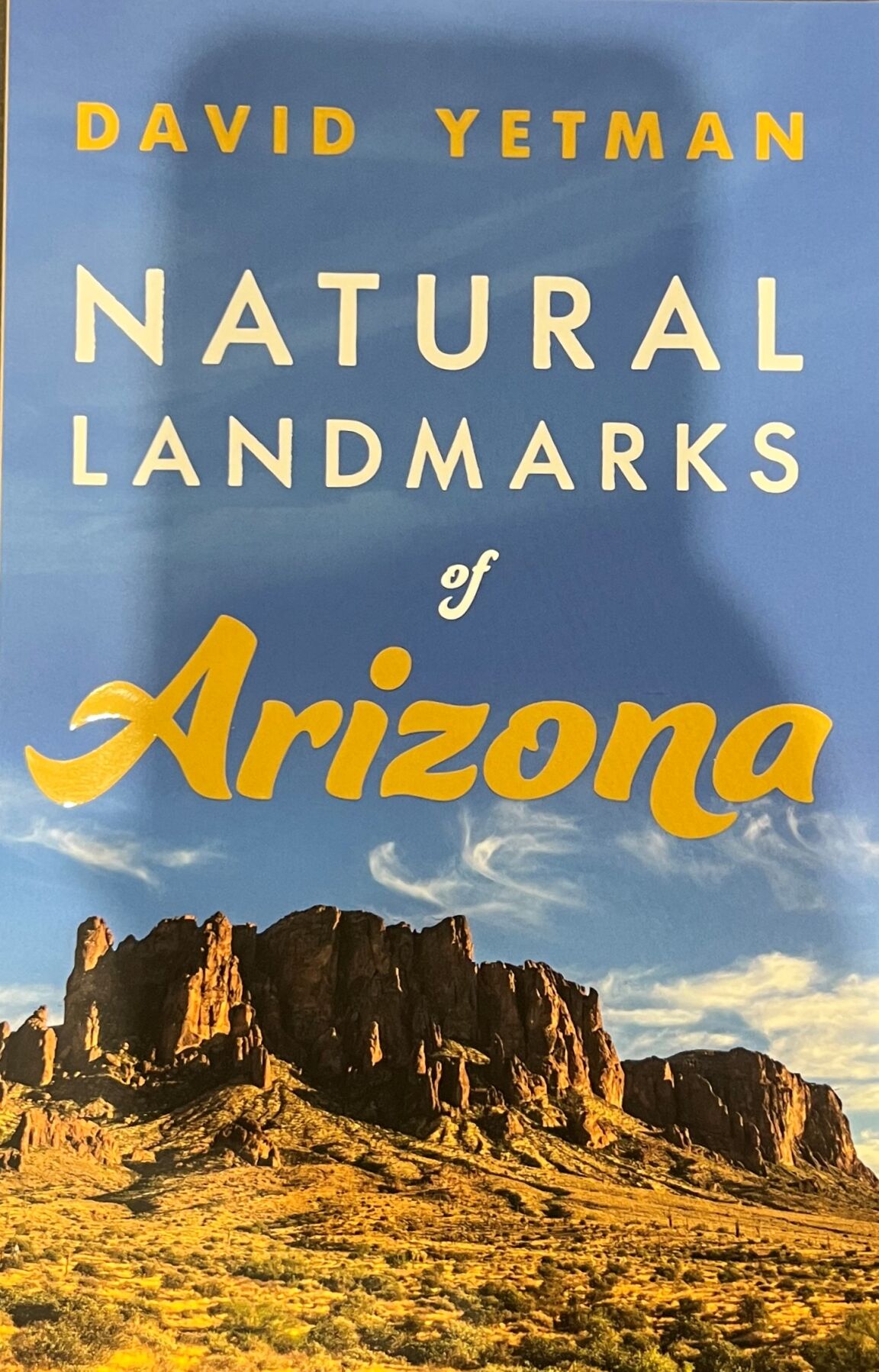 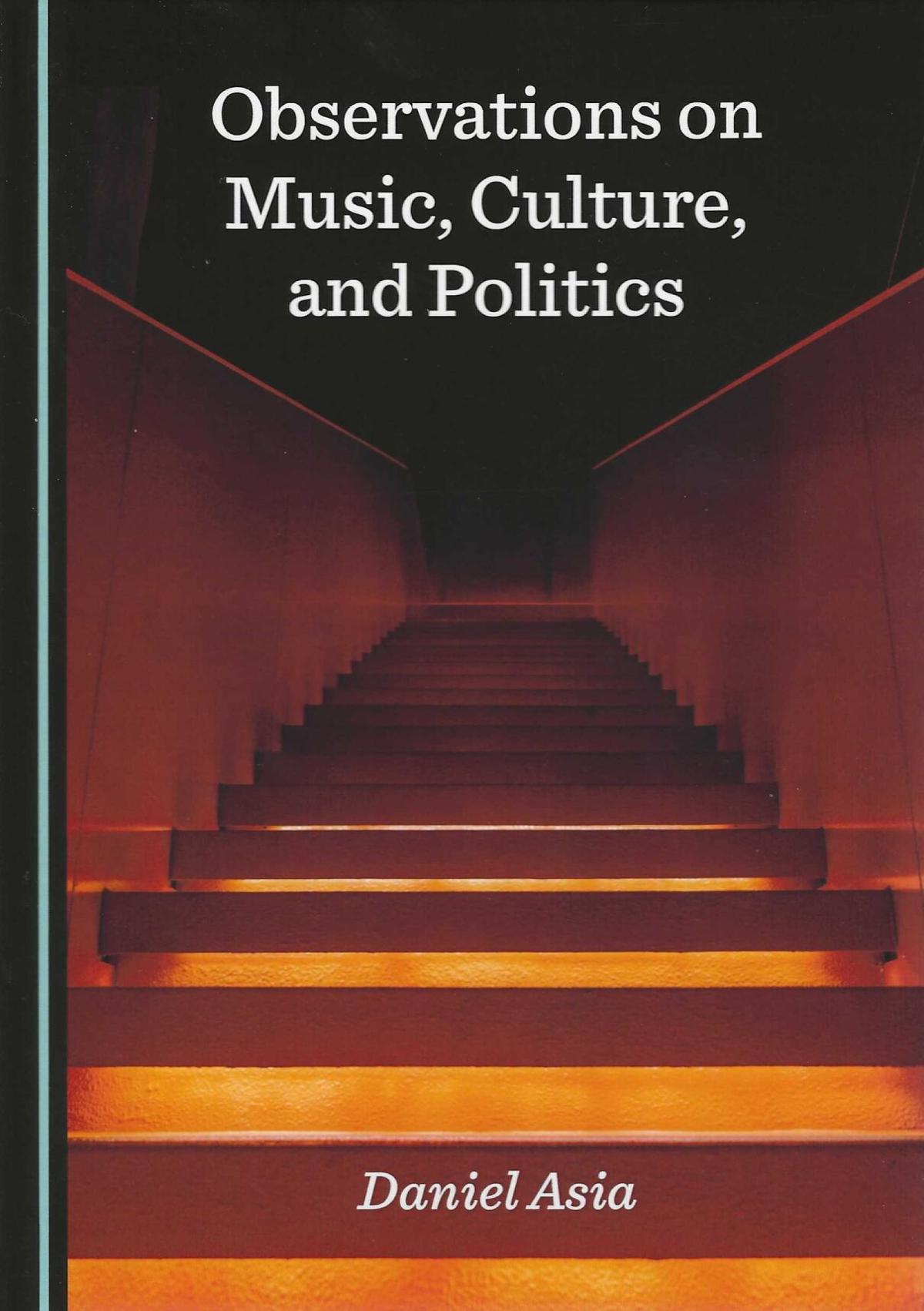 Observations on Music, Culture, and Politics 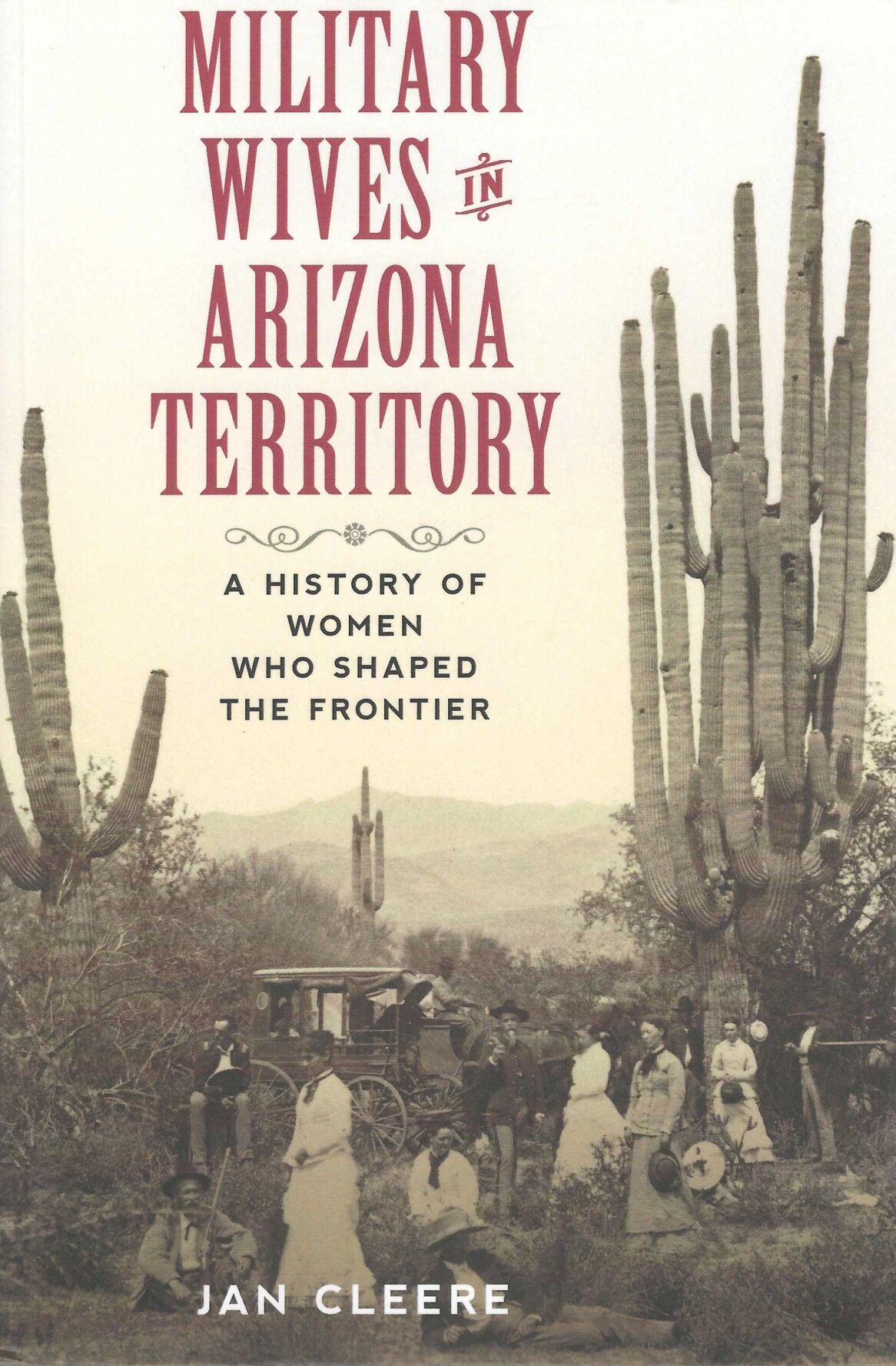 Military Wives in Arizona Territory: A History of Women Who Shaped the Frontier 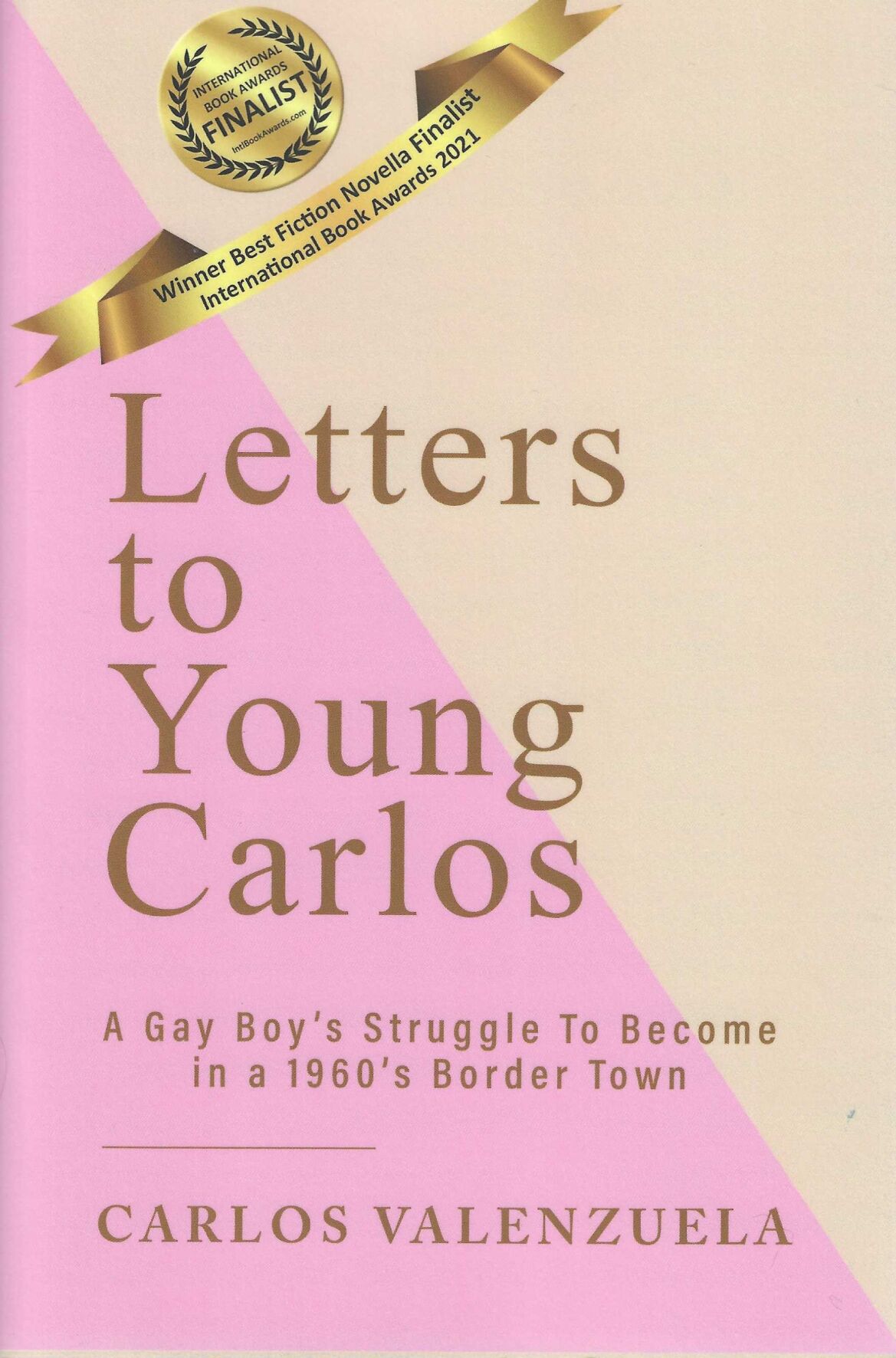 Letters to Young Carlos: A Gay Boy’s Struggle to Become in a 1960’s Border Town 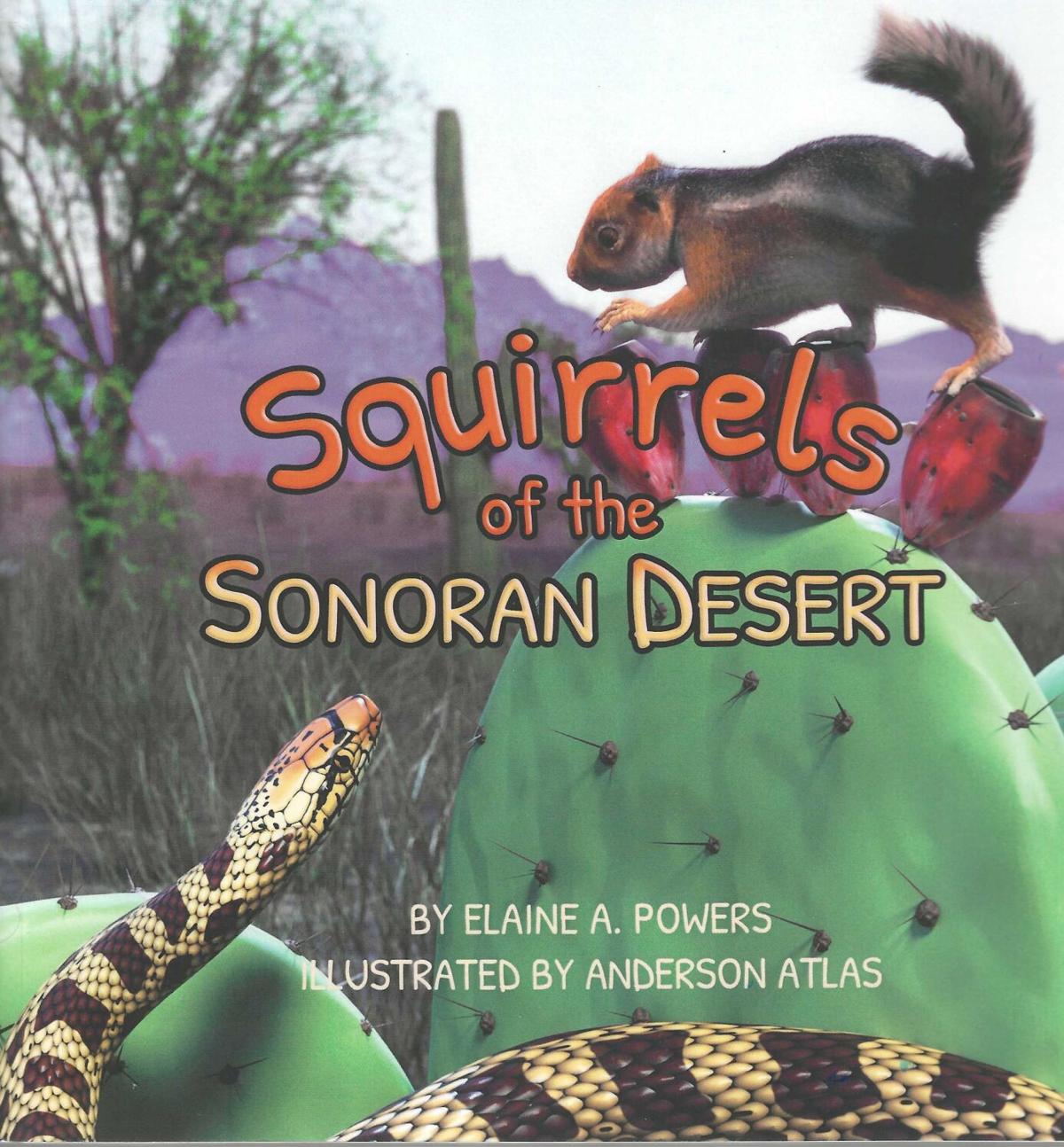 Squirrels of the Sonoran Desert 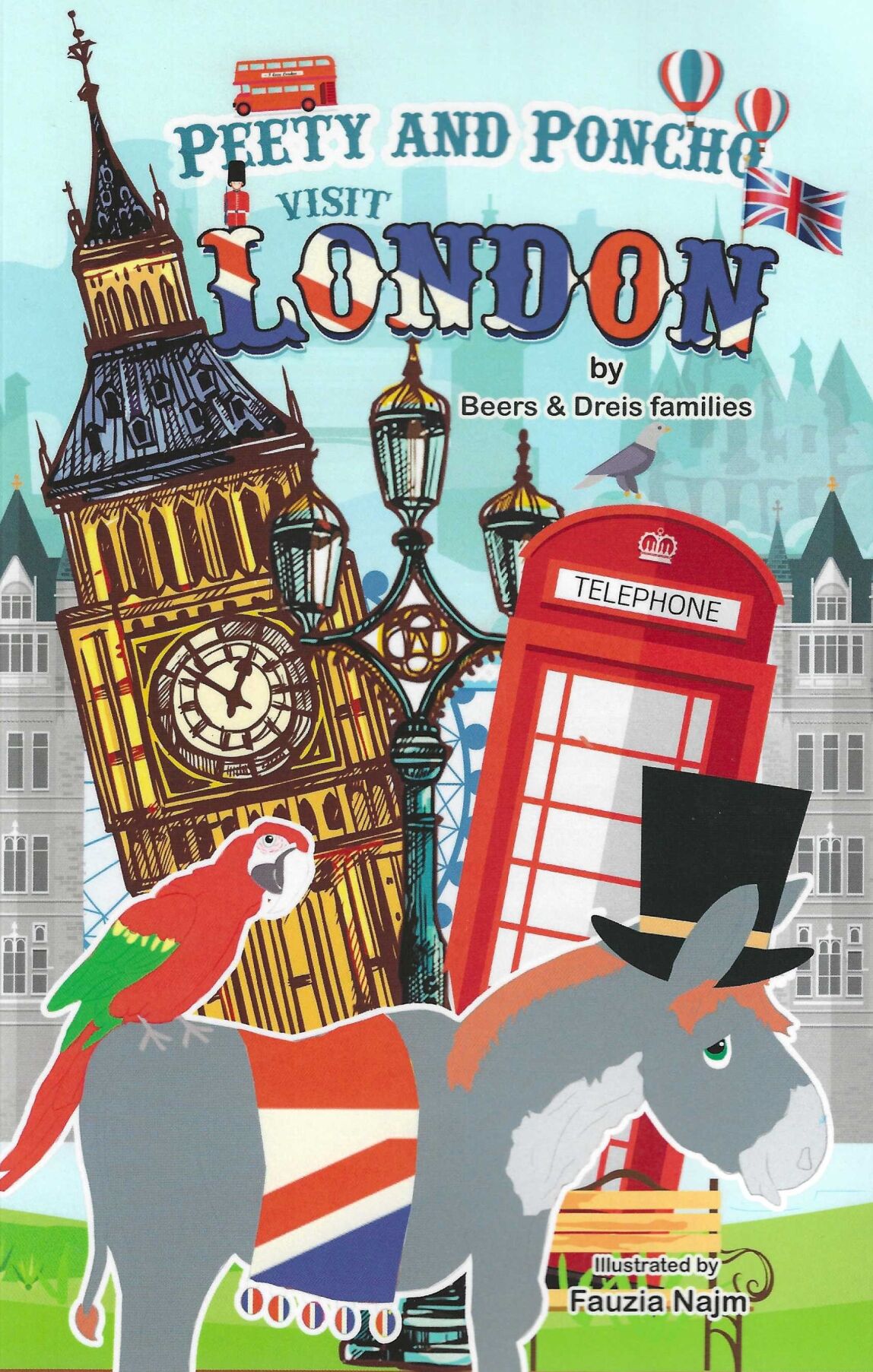 Special to the Arizona Daily Star

Not to give away the ending or anything, but current geological speculation is that the top of the Santa Catalina Mountains might have blown up, sloughed off and slipped west, until it turned up as the Tucson Mountains. A fair amount of volcanic action, exploding, stretching, tumbling and chaotic violence would have taken place, and it wouldn’t have happened over night (try 70 million to 30 million years). But those Cat Foothills folks and Tucson’s Westsiders might have more in common than they thought.

The strongest impression you could come away with from David Yetman’s new book is how astonishingly dynamic the earth’s crust has been. (Note the present tense: The Baja Peninsula is currently being pushed away from the mainland at a “breathtaking” 12 feet per 70 years.) In “Natural Landmarks of Arizona,” Yetman features about 50 geological sites. To qualify, the landmarks must be visible from a distance; hence, the Grand Canyon doesn’t make the cut. Yetman takes us to each site, explains its geological makeup and history; cites events from US history that occurred there (the Civil War skirmish at Picacho Peak, for example. BTW, as “picacho” means “peak” in Spanish, we have a “Peak Peak” up the road.). He explains landmarks’ Native cultural and historic significance, and threads the sites together with personal experience and interests—clambering over boulders and up mountains “as a lad”; living in the Chiricahuas with his family; his own apparent fondness for rattlesnakes.

Its entries — plus photographs — short and pithy, the book makes for accessible, interesting, and instructive reading .And since not all of us can grasp geological time or terms, its geological chronology, glossary, and index are welcome additions.

University of Arizona composer, conductor, music professor, and cultural and music critic Daniel Asia doesn’t pull his punches. And he clearly enjoys an elbow jab or two in the esoteric fray of classical music opinion. “Observations on Music, Culture, and Politics” contains articles, reviews, essays, and blog posts of Asia from the past ten years. Divided into four sections — “The Idea of High Culture,” “Music I (Mostly) Hold Dear,” “Criticism and Review,” and “Polemics,” — it lays out Asia’s theme, and then plays variations on it.

In essence, Asia deplores the postmodern flattening of the arts — the equalizing of all forms of artistic expression and elimination of the notion of “high culture”— and its manifestation within academia. In his section on history, Asia blames this academic trend on the 1960s cultural and academic upheaval. It used to be, he writes, that students entered university and encountered Western thought and received appreciation of art and music —Bach, Beethoven and Brahms. With changing cultural emphases and priorities, curricula too changed, and now students can meet their humanities requirements by taking a course in the history of rock or hip-hop. That, and the aging of the classical music audience, threaten the very existence of classical music.

This is a book with which laymen, students and professional musicians can engage.

— Christine Wald-Hopkins “Military Wives in Arizona Territory: A History of Women Who Shaped the Frontier” By Jan Cleere. TwoDot. $19.95, Kindle $14.49.

“…chintz and muslin, and a little skillful arrangement did wonders,” wrote an upbeat Julia Edith Kirkham Davis in 1869 of her hardscrabble accommodations at Camp MacDowell in the Arizona Territory. Davis was accustomed to a comfortable life in Oakland, California, but she wasn’t about to let her fragile health or her new baby prevent her from accompanying her husband across the treacherous desert from San Diego to Yuma, then on to his posting at Camp McDowell. Like many military wives, Davis was determined to make the best of it. As Jan Cleere demonstrates in this collection, military wives who anticipated hardship in the Arizona Territory were rarely disappointed: at best, it was a rough and dangerous life, marked by deprivation, hard work, and few female friends. At worst, it could be deadly. Not all the wives highlighted in this fascinating book were as chirpy as Mrs. Davis, but they were determined, resourceful, and quietly courageous. Cleere sums it up neatly in her enlightening introduction: “The husband’s career,” she says, “became the wife’s profession.” They lived with their decision not to be left behind and were remarkably adaptable: one wife reported that the safest place to hide during an Apache raid was in a stone fireplace; another remarked that rattles from a rattlesnake made an entertaining baby toy. Surprisingly, many would have fond memories of their time in the desert.

The narrative is composed of writings by and about these women gathered by the author, who traveled widely and dug deeply to turn up journals, letters, newspaper clippings and photographs. Cleere, a foremost authority on women’s lives in Arizona’s territorial years, will be familiar to readers of the Arizona Daily Star where her column, “Western Women,” appears monthly. She lives in Oro Valley.

Coming of age as a gay man on the Arizona-Mexico border at mid-century meant having to cope with a conservative, homophobic culture and the strict teachings of the church. It also meant concealing an explosive secret that could cause the community, and even your family, to reject and shame you. As the end of his life draws near, octogenarian Carlos recalls his youth on the border: his macho father, the sexual awakening he struggled to hide, his first love and betrayal. From the vantage point of his long life and lessons learned about acceptance, Carlos spends his days writing letters to his younger self, filled with advice and tender support, punctuated by assurances that people deserve to be loved for themselves. Carlos’s heartfelt message will resonate with those who suffer the isolation of being an outsider, but discretion is advised: the novella contains a graphic scene of a sexual encounter that may prevent it from being appropriate for all readers. Like his protagonist, author Carlos Valenzuela grew up in the border cities of Agua Prieta, Mexico and Douglas, Arizona. A beauty industry consultant and journalist, Valenzuela lives in Tucson. This is his first book.

Elaine Powers, a former laboratory biologist, is living her retirement dream writing science-based picture books for children. Tortoises, rattlesnakes, and even the Night-blooming Cereus have all been grist for her mill. With this latest offering, inspired by a suggestion from volunteer naturalists at Sabino Canyon, Powers takes on the challenge of explaining, in rhyme, the ground squirrel. There are three species of ground squirrels who call the Sonoran Desert home, and Powers tells us all about them, from their physical descriptions and habitat to their role in the desert ecosystem. Lively, often humorous, and sometimes downright startling illustrations by Anderson Atlas accompany the text. When the Peoria, Illinois transplant to Oro Valley takes a break from writing books for kids, Powers can be found penning murder mysteries. Ages 5 and up.

The globe-trotting duo of Peety and Poncho hasten to England in this eighth installment of their international adventures for elementary school-aged kids. A charismatic Corgi dog has caused a political kerfuffle by declaring himself the rightful heir to the throne with the full support of the British animal kingdom, who welcome his promises of better benefits for critters. The pup has gone underground, and our heroes comb London’s landmarks in pursuit. Can domestic upheaval be averted? The diplomatic prowess of the peripatetic pair is put to the test. Problem-solvers Peety (a chatty macaw) and Poncho (a steadfast burro) are the brain-child of a Tucson-based family that makes a group project out of writing picture books, and they welcome suggestions about where in the world their heroes should go next. Fauzia Najm provides the colorful illustrations.

Helene Woodhams is retired from Pima County Public Library, where she was Literary Arts Librarian and coordinator of Southwest Books of the Year, the library’s annual literature review.

Christine Wald-Hopkins, a former educator and occasional essayist, has long been a book critic for national, regional and local newspapers.

If you are a Southern Arizona Author and would like your book to be considered for this column, send a copy to: Sara Brown, PO Box 26887, Tucson, AZ, 85726-6887. Give the price and contact name. Books must have been published within a year. Authors may submit no more than one book per calendar year.

Receive the latest in local entertainment news in your inbox weekly!

What Indiana officials, leaders are saying about Hoosier Marine killed in Afghanistan – IndyStar

Tropical Storm Sam swirls to life, expected to intensify into a hurricane this weekend – USA TODAY