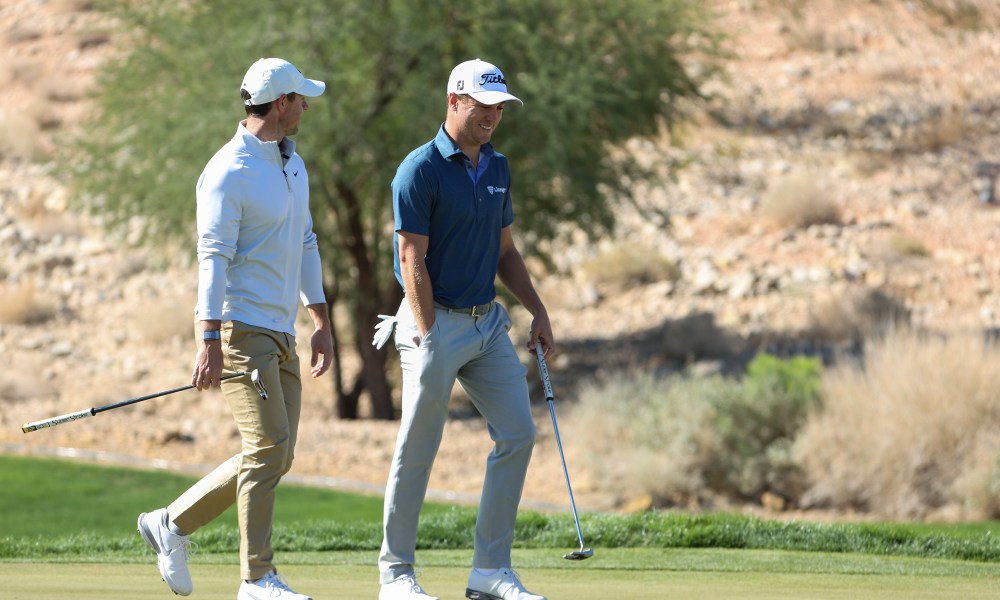 Since its inception, Rory McIlroy and Justin Thomas have wanted no part of the Saudi-backed LIV Golf Series headed by Greg Norman.

The LIV Golf opener is this week in London at the Centurion Club and news has been pouring out from across the pond including Dustin Johnson resigning his PGA Tour membership. Another headline has been Phil Mickelson’s return to the sport and his first time meeting the media since being away.

Meanwhile, McIlroy, Thomas, and Scottie Scheffler held press conferences Wednesday in Toronto ahead of the RBC Canadian Open at St. George’s Golf and Country Club. They were asked about players leaving the PGA Tour for the breakaway league.

“It’s not something that I want to participate in. I certainly understand the guys that have went,” McIlroy said. “I understand what their goals and their ambitions are in their life. I’m not, certainly not knocking anyone for going. It’s their life, it’s their decision, they can live it the way they want to. But for me I want to play on the PGA Tour against the best players in the world.

“I’m happy playing on the PGA Tour and I have a nice schedule that I can pick for myself,” he added later. “I can spend a lot of time at home with my family if I want to, prioritize the majors, and yeah, there’s nothing about my schedule or my life or my earning or anything that I would change.”

Thomas had this to say: “I don’t dislike D.J. now. I don’t think he’s a bad dude. I’m not going to treat him any differently. It’s like he’s entitled to choose as he wishes. And I think that the day and age that we live in now, it’s just so negative that you see it in everything. Sport, politics, whatever it is, it’s like if you disagree with someone you just feel that you’re entitled to like hate them and talk bad about them and just bash their decision, when everybody’s entitled to their own opinion, you know what I mean?”

USA and Russia undefeated in pool play at U18 Worlds – FIVB.com