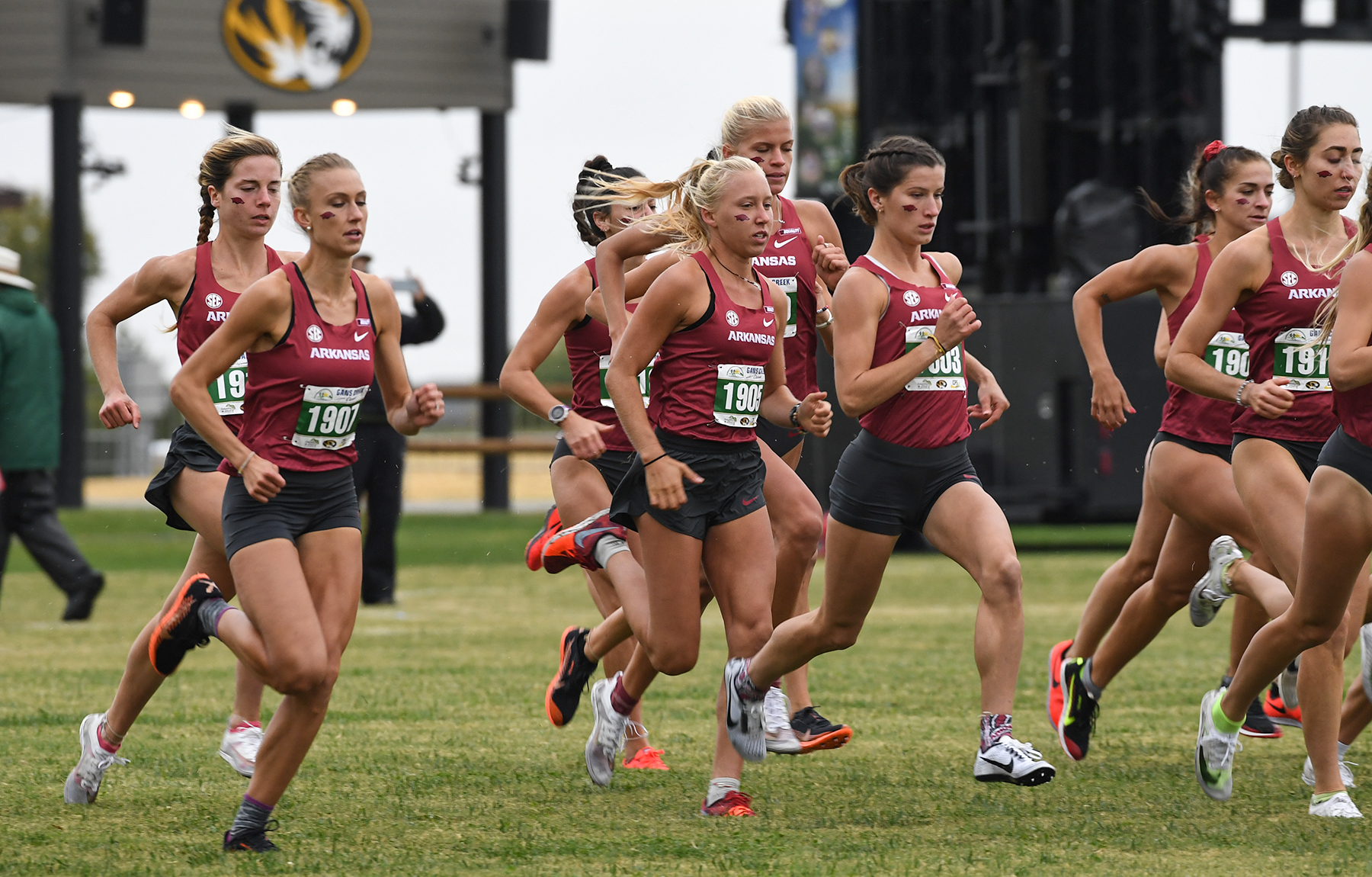 COLUMBIA, Mo. — Opening the cross country season on Friday at the Missouri XC Opener, the No. 6 nationally ranked Razorbacks will race over a 5,000m distance on the Gans Creek course which will serve as host of the SEC Championships in late October.

Teams competing in the meet include host Missouri, Kentucky, and Vanderbilt.

“Any time we can be on a championship-level course is going to be to our advantage,” stated women’s head coach Lance Harter, in his 32nd season at Arkansas. “We’re looking forward to returning to Columbia and get a chance to preview that course. We’ll actually study it pretty well both Thursday and Friday to get ready for the SEC Championships.”

The Razorbacks will travel a group of 16 runners. The women’s 5k course will include a 3k and 2k loop with a start time of 9 a.m. Live results will be available through this link: https://pttiming.com/event.php?mid=527.

“As an opener it may be a little faster, and have more quality than what we anticipated,” noted Harter. “We’re going to go in and work out through it and try to see how people compete.

“Cross country serves as a purpose, ultimately, to get ready for indoor and then our bread and butter, the outdoor season. We’re fortunate to have a great balanced track and field program and I think our distance crew always takes care of business during the cross country season, and that’s great momentum for the whole team heading into the track season.”

All-America Krissy Gear, who placed 21st in the NCAA Championships last season, returns along with Lauren Gregory, who led the team in the SEC Championships when Arkansas claimed an eighth consecutive team title, and Taylor Ewert, the SEC Freshman of the Year.

“We do have some upper-class leadership, led by Krissy and Lauren,” said Harter. “That’s always exciting when you have people who have that experience and confidence to run at the front.

“We just need to make sure we have three or four others who can tuck in as close to them as possible. That makes for a very formidable team.”

Julia Paternain, coming back from an injury, as well as London Culbreath and Adoette Vaughn, who each had a redshirt season in 2020, will be joined by a freshman class that includes four talented newcomers in Allie Janke, Heidi Nielson, Carmie Prinsloo, and Sydney Thorvaldson.

“We’re truly blessed that we had one of the best recruiting classes ever in the history of Arkansas,” said Harter. “Unfortunately, three of them came to campus with some setback during the spring or summer.

“The good news for us is we have enough veterans returning who have experience, and produced great track marks amid a great track season, that they can take care of business throughout the season.”

Honda, Toyota, BMW and Kia have discontinued several vehicles. What won’t be back in 2022. – USA TODAY