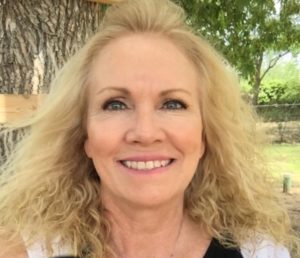 They are treatable and curable, but people must know they are infected in order to stop the spread.

Most people in the United States are not aware that Arizona has the distinguished honor of being higher than the national average for chlamydia, gonorrhea and syphilis cases. These bacterial infections are easily spread and can have no symptoms, which makes them that much easier to spread unknowingly.

Unfortunately, Arizona continues to have higher rates of chlamydia than the rest of the U.S. Consistently, there are more cases in women than men. African American and American Indian populations have consistently higher rates of chlamydia than their Hispanic, Anglo and Asian neighbors. In Arizona, the highest rates are in the Northeast corner of the state, with Apache County having the highest incidents. People between the ages of 15-24 are more likely to contract these bacteria. In women, untreated chlamydia can lead to tubal factor infertility, ectopic pregnancy, chronic pelvic pain and cervicitis. In men, it can result in proctitis. Chlamydia is the most common of the bacterial STDs. It is contracted through sexual contact with the penis, vagina, mouth or anus of an infected partner. Ejaculation does not have to occur for it to be transmitted.

Gonorrhea is also very common, and the rate of gonorrhea in Arizona has also surpassed the rate in the U.S. In addition, men now have higher rates of gonorrhea than women. African American and American Indians in Arizona have higher rates of gonorrhea than their neighbors. The highest rates of this infection are found the northeast and southwest corners of the state. It is transmitted through sexual contact with the penis, mouth, vagina or anus of an infected partner. Most women with gonorrhea have no symptoms or the symptoms are so mild that gonorrhea is mistaken for a UTI or bladder infection. In women, if this infection is untreated, it can spread to the fallopian tubes and cause pelvic inflammatory disease and cause infertility. In men, if this infection is untreated, it can cause epididymitis and lead to infertility. In addition, left untreated in any gender, gonorrhea can spread to the bloodstream and cause a life-threatening condition called disseminated gonococcal infection. Gonorrhea has progressively developed resistance to the medications that are used to treat it, and now has a medication-resistant strain.

Arizona also has a higher rate of new syphilis cases than the rest of the country. The rates of syphilis are highest in Arizona among American Indian populations with the second highest number of cases being in the African American community. Gila County has the highest rate of syphilis cases in Arizona, and Arizona is also No. 5 in the nation for babies being born with it. Syphilis is also a very common bacterial infection. It can look like a lot of different things in the body, which is why it is nicknamed the “Great Pretender.” It is easily cured with the right treatment; however, if left untreated, it can have very serious complications. Syphilis is spread when a person has contact with a syphilis sore (also called a chancre) during vaginal, anal or oral sex. These painless chancers can be difficult to notice because of their location in the genital area and anus. Syphilis has four stages to it, and people can experience serious complications in the first stage of syphilis. It is a bacterium that can travel through your body; therefore, people can experience neuro syphilis and ocular syphilis in the first stage of it, which makes this a very serious infection.

Did you know having even one STD increases your risk for HIV? It is true.

Ulcerative infections such as syphilis and herpes can manifest with open sores and provide an easy route for HIV to access. In localized infections, CD4 cells are recruited to the front lines. These CD4 cells are preferentially targeted by HIV for infection. The more robust the STD attack, the more target cells are recruited, and it becomes more likely that HIV will be able to penetrate the immune defense.

How Do We Prevent All of These?

Abstinence is one way to prevent STDs; however, this is not the most popular prevention option. Proper use of condoms, being in a committed, monogamous relationship, and getting tested regularly are also great prevention tools. It is recommended that STD and HIV testing be part of everyone’s annual health examination. Discussing STDs and HIV with primary care providers or sexual health professionals and following their advice are also very powerful ways to prevent the spread of any or all of these. Being able to discuss sexual health also reduces the stigma of sex, as it allows for open discussions about sex. Sex and STDs have been around for thousands of years; they are not something to be embarrassed about or feel ashamed of having. They are equal opportunists and they do not discriminate.

Make the decision to be a person in your community who is doing what needs to be done to stop the spread of these STDs and help stop the stigma associated with having any of them. They are treatable and curable, but people must know they are infected in order to stop the spread. Of course, the best course of action is to prevent STDs altogether, but staying educated, practicing safe sex and getting tested are the three most important things a person can do to stay healthy.

Hedda Fay is the community outreach and program developer for Northland Cares. In a former life, she worked in law
enforcement  and public mental health. Her passion today is educating people about their sexual health and prevention services to the community. Northland Cares is located at 3112 Clearwater Drive, Ste. A, in Prescott. For more information, call 928-776-4612.